The Parks Project is my outlet for my original material and an opportunity to co-lead a musical group with some of my favorite musicians. Musical exploration, freedom, and creativity are just a few of the aspects that I want to achieve with this group.

"Space Jazz" (2018) is the first album created by The Parks Project. Here's what one delightful critic had to say about our album release:

The humanoids who took a trip to Monk’s Jazz Club (Fast Folks by day) took a far longer trip than expected. The Parks Project’s album aptly titled “Space Jazz” delivered astral sounds that even the most grounded listener found themselves on an intergalactic journey. With such an album title, one might expect some Sun-Ra-esque spinnings and The Parks Project delivered that along with unexpected twists toward more punk, rock, and metal under-spins.

Bassist Daniel Durham cradled, slapped, and tenderly bowed in the spirit of a punk rocker, a curious playful child, and a breathy, gentle lover--sometimes all within the same song. Guitarist Wilson Marks made it look easy (nothing new there) as his alien-esque fingers performed beautifully ambitious leaps and bounds that proved once again that he is a master of seductive hooks, meaty riffs, and unexpected (and euphoric) transitions. His muse is that dreamy goddess that both teases and sends messages of childlike curiosity and wonderment. Matt Maldonado on sax painted the auditory landscapes with neon spikes and sonic spirals in brass and breathe and you could almost see the helical energy emanating from pianist Stephen Smith, whose fingers are still probably recovering from g-force trauma (nay, pleasure). On top of all this, Aaron Parks sucked everybody in with his drum solos that can be likened to a mirror maze--as soon as you find a possible path you’re thrilled to be jolted into chaos and once more presented with the challenge of finding solid ground. And that’s just how jazz damn well should be. Somewhere in the
cosmos, Sun Ra is smiling. -Brandyce Ingram 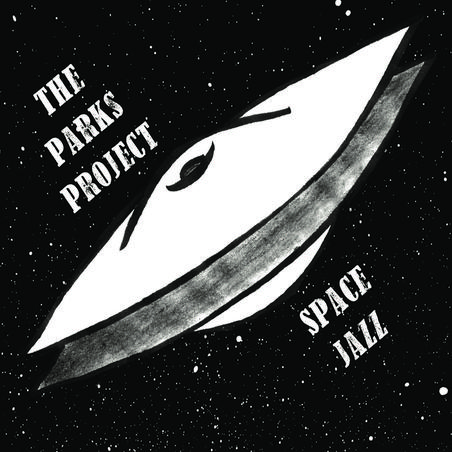 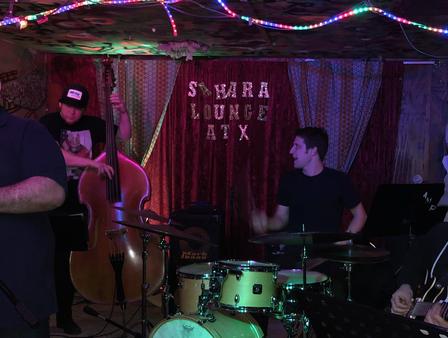 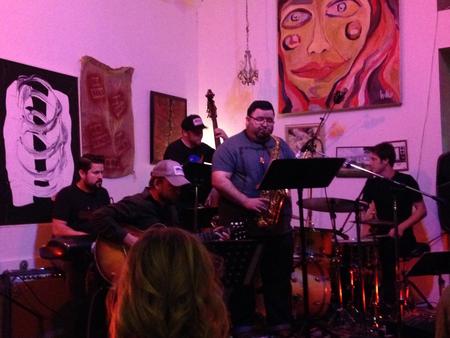